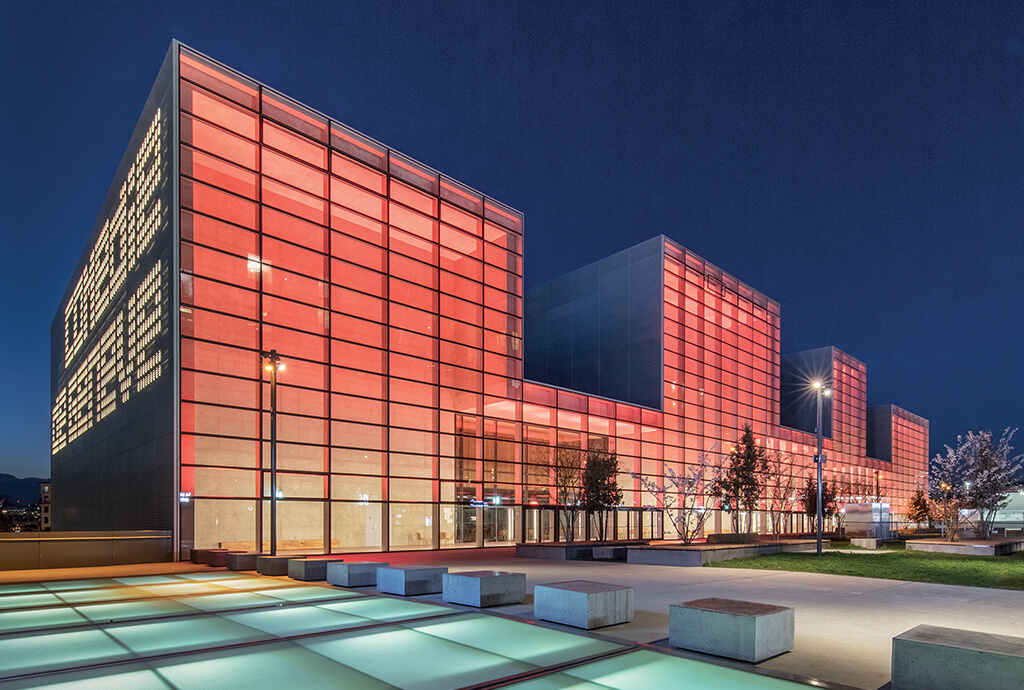 The new multifunctional theatre designed by FRES Architectes, which opened on 28 August in the Eaux Vives district of Geneva, Switzerland, is staging its first performances. The Great Hall has been fitted with 498 armchairs made ad hoc by LAMM.

The Nouvelle Comédie de Genève theatre, open to artists and the public this season, begins its life just over a century after the opening of the original Comédie theatre located on the Boulevard des Philisophes, which fell into disuse several years ago because it was no longer suited to the technical requirements of the modern theatre scene. After a series of renovations were deemed unsatisfactory, the Geneva City Council finally opted for a new building to be located in the Eaux Vives district, near the Eaux Vives railway station designed by Jean Nouvel, and launched an international competition in 2009, which was won by the Paris-based company FRES Architectes. 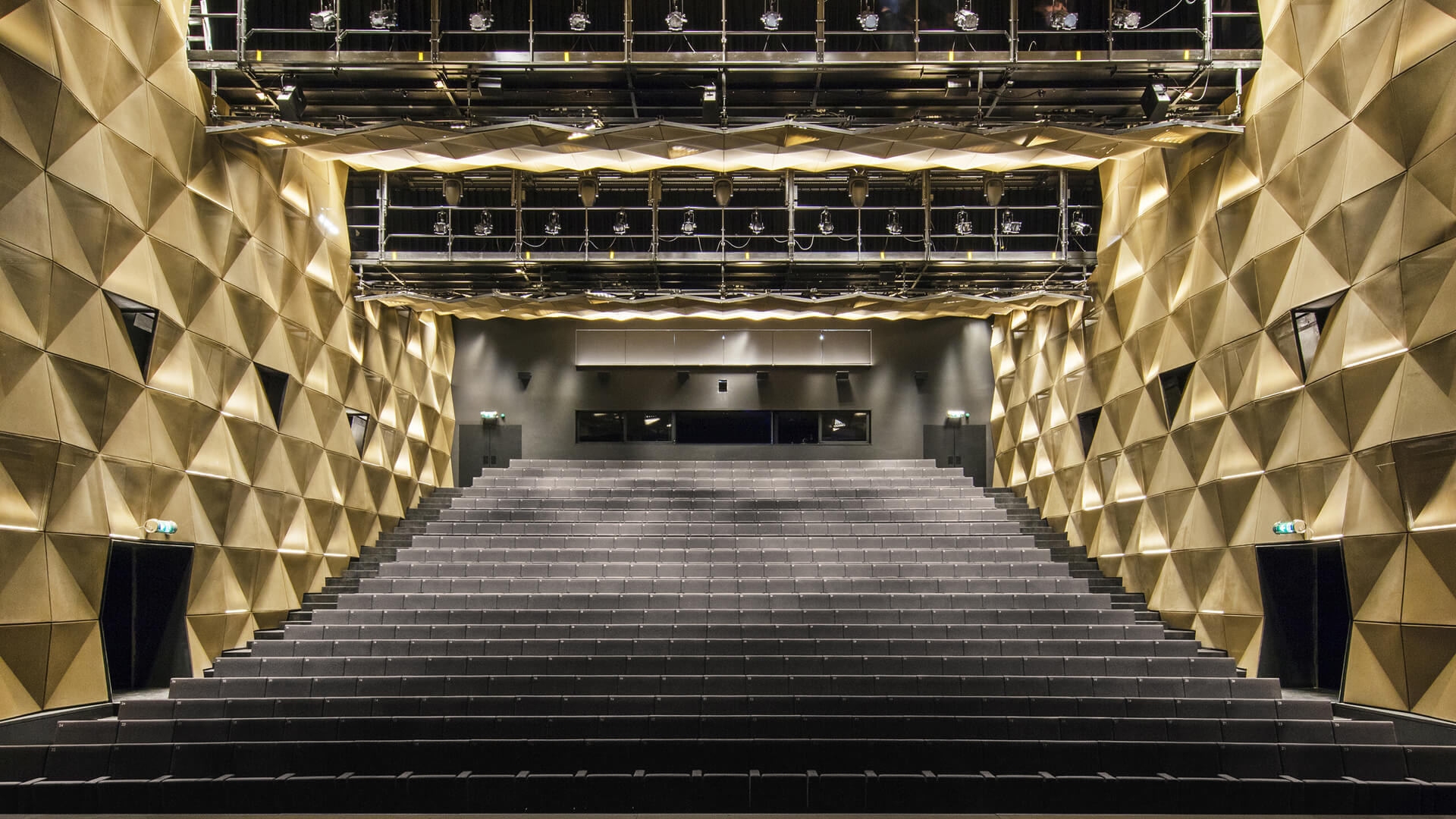 Consisting of four large blocks that vary in height, linked by lower interconnecting parts, the new building, which was recently completed, is 100 metres long and 40 metres wide, and is inspired by the design concept of “a theatre in a city and a city in a theatre”. The concept took shape with two large glass façades at the front and back to create visual continuity with the surrounding public spaces and to make the workers in the workshop in which sets for new shows are built visible from the outside.

After sunset, the illuminated glass façade facing the square attracts passers-by, while the large perforated aluminium panels covering other parts of the building reveal the identity of the design. The theatre and space dedicated to it occupy 3400 square metres. This area includes the traditional Great Hall (342 square metres), a second smaller modular hall, rehearsal rooms, dressing rooms and the stage management area. 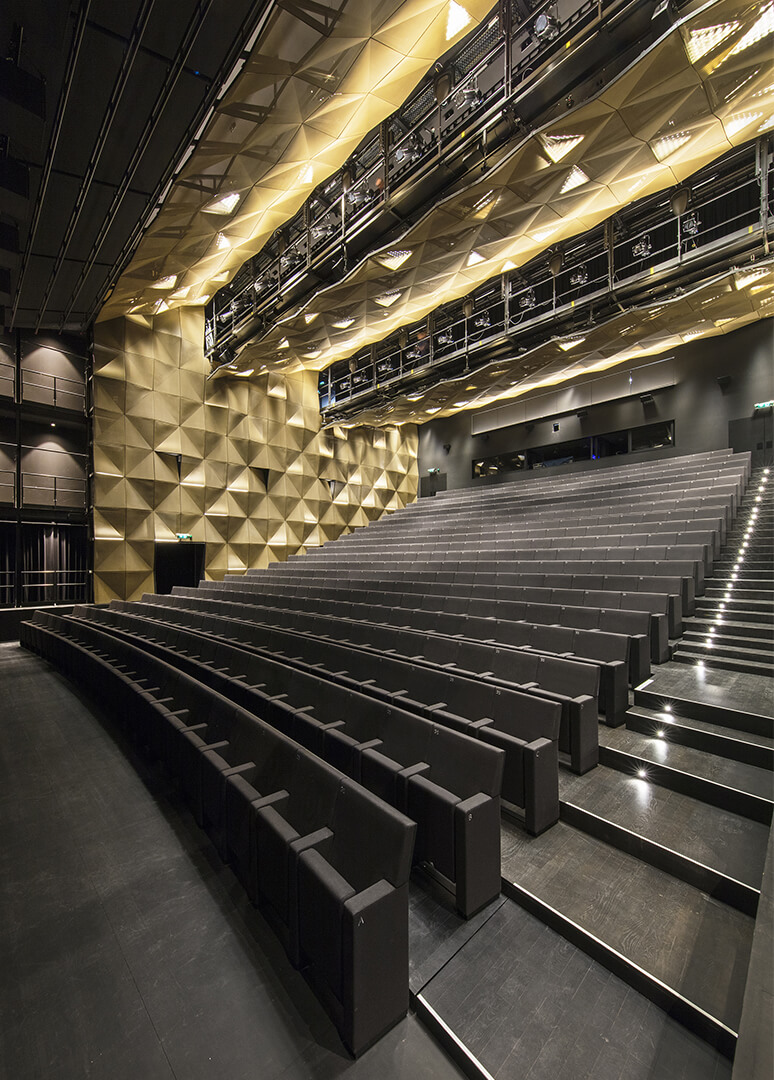 Thanks to the collaborative partnership with Italian contractor Merotto Milani, which was awarded a contract, LAMM was involved in fitting out the main hall (the so-called “Grande Salle”), for which an armchair was created ad hoc: this compact chair has sides reaching down to the floor and a damper-equipped tip-up seat for a quiet closure and cushioned bounce. When folded up, it takes up just 40 centimetres of space, allowing people to walk freely between the curved, tiered rows. The perfectly aligned and coplanar backrests provide a pleasant and elegant visual effect, creating a kind of continuous “wall”. Everything except the seatbacks, which are visible and made from FSC®-certified wood, is upholstered in Fidivi Orta Fabric. Of the 498 seats, marked with a place and row number embroidered into the fabric, 325 are fixed and 173 can be removed if necessary. Of these, 97 are completely detachable, with a seat and backrest that are easy to remove thanks to an interlocking system that does not require the use of any tools. The remaining 76 can be easily removed and taken out of the room in groups of two or three. 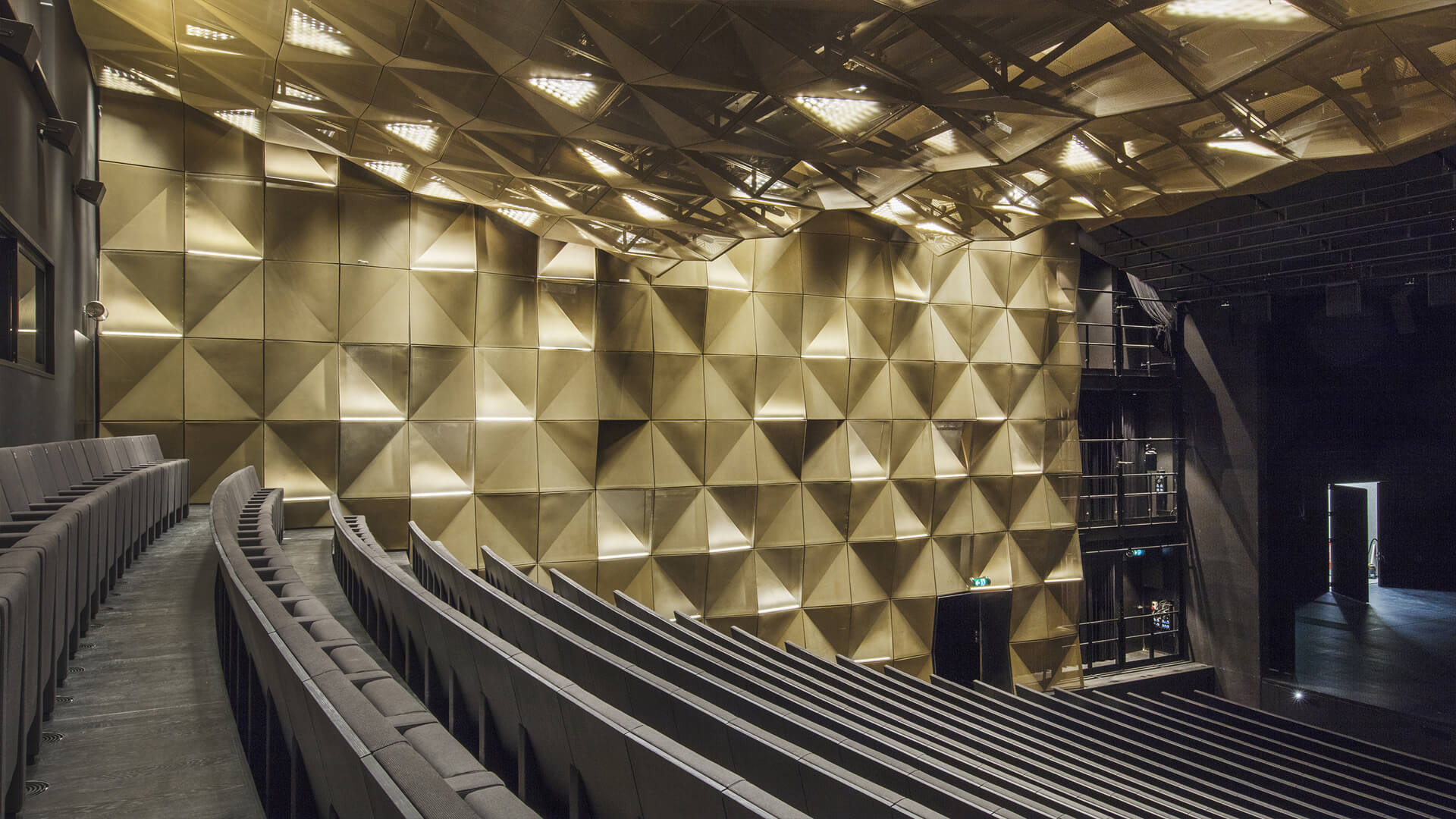 The innovative features provided for the New Comédie de Genève theatre are testament to LAMM’s brilliance in satisfying clients’ needs in terms of flexibility and customisation, bringing original and unprecedented solutions to each project, anywhere in the world. 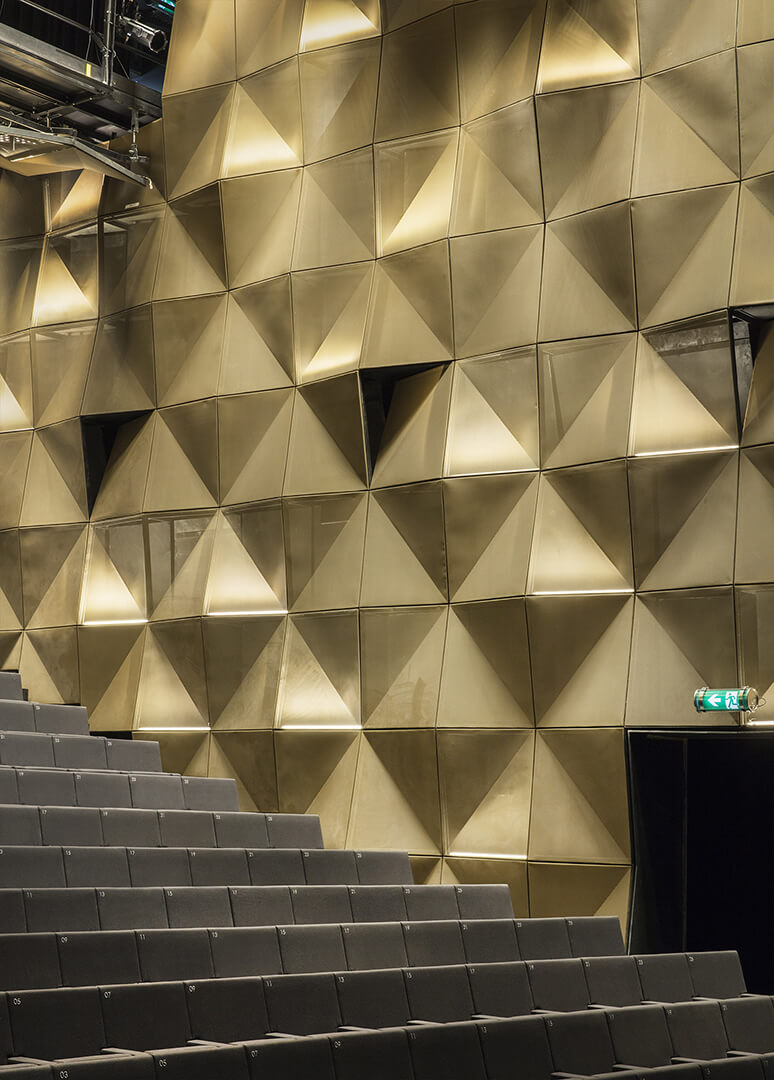